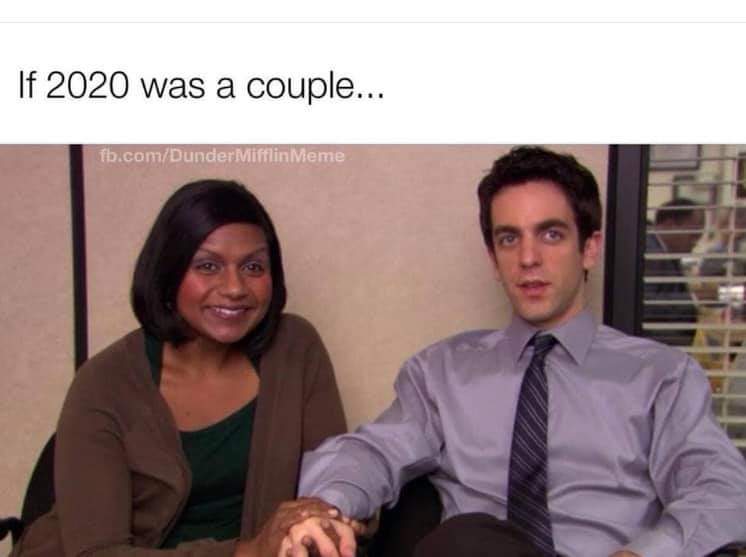 As the headline states, it has been a while my fellow and few followers. First things first, I hope you all are healthy, washing your hands, and keeping distant from one another as much as you mentally can handle.

Things have been easy on my end. Thankfully I am considered essential and still have work keeping me busy. I won’t sugarcoat it, I too wish I could stay home all day and just watch Netflix series, but I appreciate having a job and a paycheck still. Especially considering how many individuals and families are struggling through the month, wondering each day how they’re going to get by while out of work. Things aren’t great, but hang in there because we really are all in this together.

So quarantine life, well it is different, that’s for sure. The difference really has me wondering (as a writer and a reader) what kind of future is in store for us.

We’ve seen the dystopian films, we have read the novels, and we have examined the many series created under the premise of the world’s ending. Now this may not be some apocalyptic ending to Earth’s existence, but what it could be is the beginning stages of the collapse of modern civilization. This wouldn’t be the first time either.

The Roman empire has fallen before, the Mayans have been ruined in the past; civilization has a long history of its ups and downs. Although society has collapsed in the past, civilization as a whole has moved on and persevered through the hard times. Would it not be brilliantly ironic for mankind’s stature to finally fall under the stance of economic failure due to a SARS virus that has slowly and randomly attacked the immune system of many people, varying in age, race, and health? A disease with not patter as for who it will take out.

No, we don’t have our first annual purge coming forth and I am sure we are a long ways out from any televised manslaughter of underage children. Who knows though, maybe there are people with antibodies in their blood type, and first we must send them through a maze to ensure their compatible immunity. The complete divide of our world into different social classes may be a ways off though. And although Rainman may not be saving our lives from a fast acting, lethal virus, somebody out there must be trying to, right?

To think that after everything, all the imagination and creativity in the world, nobody was predictive enough to create a dystopia where people wore face masks and had to maintain a six foot distance from one another. Although that could be worked into a very great love story I bet. Like the film Five Feet Apart. I’ve never actually watched it, but I imagine Cole Sprouse and Haley Lu Richardson’s characters felt similar to how we’re all feeling now, minus the extra foot of spacing.

Maybe Idiocracy had it right, and this is our descend into the world’s dumbest era. Perhaps we have evolved so much that was have started devolving. Is it possible we’re reverting backwards from our development? We were having to tell people not to eat laundry detergent last year so I guess I shouldn’t be too surprised.

Still, what does this all mean for mankind. Will this all blow over in another month or are we truly facing a deadly disease that will affect man’s numbers in the way many plagues have done in the past? Is this something to be taken seriously? Have we doomed ourselves by not taking the necessary precautions sooner? Is this the beginning of the end, or just another chapter in the history books of the year 2030? Where is the line going to be drawn and have we already crossed it?

I don’t like the idea of thinking this is the end, frankly because it is similar to the ending of the Game of Thrones; hardly thought out and distasteful. Like c’mon God, you promised killing us all off by fire next time, not an invisible virus that may or may not affect us and may or may not kill us.

So I guess to wrap things up, here are a few pointers for those trying to stay safe and healthy out there. Although I may not be a doctor myself, I have family members in the line of healthcare and I am myself not a complete idiot.

DON’T TOUCH YOUR FACE. Unless you just scrubbed your hands cleaner than a whistle (are whistle’s really our standard of clean though?).

WEAR MASKS IN POTENTIALLY CROWDED/CONTAMINATED PLACES. Gloves are overkill and will not protect you. They offer a false sense of protection. When you wear gloves all day, you’re likely going to wash your hands less, touch your phone while wearing gloves, and the place the potentially contaminated phone DIRECTLY on your face The purpose of the mask is not only to keep your germs in place, but also to remind you not to touch your face.

WASH YOUR HANDS. This is the most critical part to your health. At least 30 seconds of washing with soap and hot water. Remember to scrub under your nails too!

STAY HOME IF YOU CAN. It is understood that a lot of people still have to work and that we want to live our lives still. So whenever possible, stay home, and remember to disenfect your house weekly if not daily depending on your household exposure.

Thanks again for reading. I hope you all are doing well and if you’re not, please reach out to someone. Even if it is me! As Zac Efron, Corbin Bleu, Vanessa Hudgens, and Ashley Tisdale put it, we’re all in this together, and it shows when we stand NOT hand in hand, but six feet apart.

Another young upcoming writer in the world. From self-publishing on Amazon to blogging the daily struggles of being a young woman. My biggest hope is to become something extraordinary in this extra ordinary world. View all posts by Macey_in_the_RealWorld